Inside:
TAKE 20
12 LITTLE WOMEN
We ask the big questions about Greta Gerwig’s latest movie: just how little are these women? Do they live in the Quantum Realm? Could they take the Borrowers in a fight?
20 THE KING
Timothée Chalamet goes from Hal to Henry in this Netflix take on several of Shakespeare’s greatest plays.
28 JOJO RABBIT
Your first look at Taika Waititi as Hitler. Bet this is the first thing you turn to.
30 PINT OF MILK
We ask Julia Stiles how much she knows about milk and stuff. Sadly, we didn’t rename this bit ‘10 Things I Hate About UHT’.
32 TRAILER TALK
Team Empire gathers to talk about Paul Feig’s festive romcom. It’s like Christmas in September!

FEATURES
62 THE IRISHMAN
As far back as Empire can remember, we always wanted to write a world-exclusive feature previewing the Martin Scorsese gangster movie to end all Martin Scorsese gangster movies. And the gang’s all here: De Niro! Pacino! Pesci! Romano?
74 THE DAY SHALL COME
As he prepares to launch his second film as director, Chris Morris looks back at his incredible career as the father of fake news. But the good kind of fake news.
80 DOCTOR SLEEP
Mike Flanagan’s new horror flick is not just an adaptation of a Stephen King novel, but also the sequel to Stanley Kubrick’s The Shining. Whatever happens, there’ll be redrum on the roolfecnad.
86 AWKWAFINA
The rapper-turned-Crazy Rich Asians breakout on exploring her serious side.
92 AD ASTRA
Don’t be fooled by the title — rather than two hours of Brad Pitt flogging us
a Vauxhall, this is the story of how Pitt and James Gray made an adult sci-fi blockbuster.
98 EMPIRE 30: THE PEOPLE VS SPIKE LEE
Our latest director is the legendary Mr Lee. You asked him questions. He answered them. We held his credit cards. Long story.
102 DO THE RIGHT THING
Spike and his key cast and crew do the right thing, and talk about his 1989 classic. Turn that ghettoblaster all the way up to 11.

ON SCREEN
38 IT CHAPTER TWO
Hey, Pennywise! Quit clowning around!
47 GOODBOYS
The film that proves that swearing is big and clever, especially when kids do it.
53 SPOILER SECTION
Once Upon A Time In Hollywood. Hobbs&Shaw. We spoil ’emall.

REVIEW
114 AVENGERS: ENDGAME
In a first for ReView, we dedicate 78.27 per cent of the entire section to one movie: the biggest movie of all time.
118 THE RANKING
A four-page MCU special. We can do this all day. 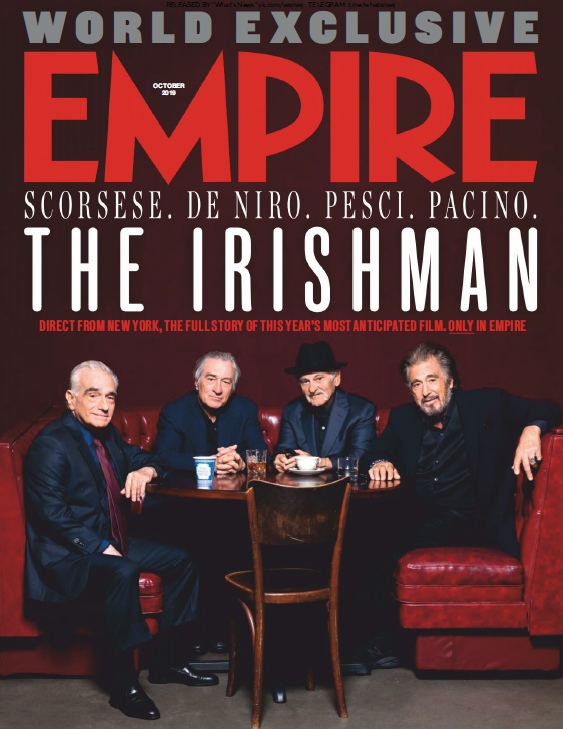