DK – The Book of Mythical Beasts and Magical Creatures

Info: Enter the enchanting world of mythical creatures and explore the history behind them in this beautifully illustrated compendium for kids aged 7 to 9.

You’ll meet an incredible cast of mind-boggling fictional animals from all around the world. Say hello to Bigfoot in the forests of North America and learn about the Native American traditions that inspired its story. Voyage to Japan to meet kitsune, supernatural nine-tailed foxes that can turn into humans. And jump onboard an ancient storm-battered ship to learn why mermaids were the last thing a sailor wanted to see…

Learn about the societies that spawned these legendary creatures, from Ancient Greece to the indigenous tribes of Australia, and find out what the beasts tell us about the people who created them.

From narwhal tusks inspiring the legend of unicorns, to dinosaur bones creating rumours of dragons, there is an interesting story behind every magical beast. Mythical Beasts and Magical Creatures tells you everything you need to know about supernatural animals great and small.

Perfect for fans of Harry Potter and other fantasy tales, this is the only kids’ guide to magical creatures that tells you the history behind the mythology. 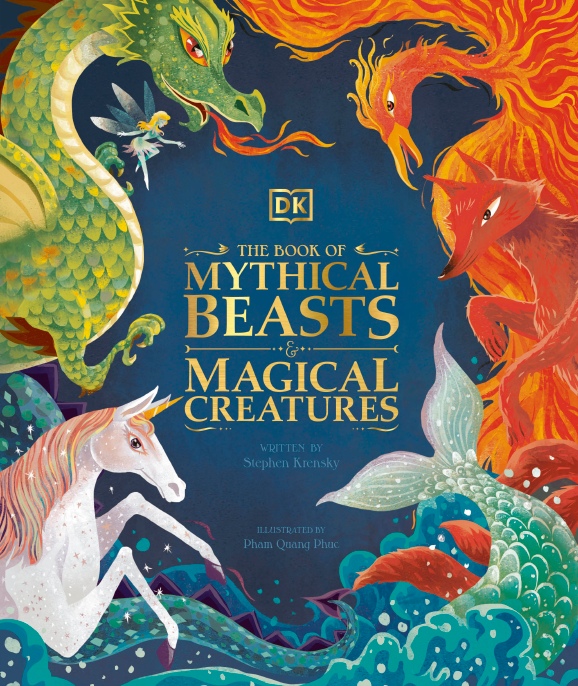 DK – English for Everyone Junior